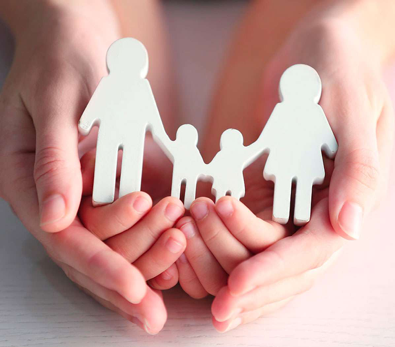 Adoption does not end with the placement of the child — it is a lifelong process that is just beginning. We recognize the importance of continued support, guidance and assistance to all parties involved in an adoption.
​

This therapy was created with the assumption that adopted children who struggle with emotional or behavioral issues that would result in too active or too inactive behavior and should not be treated as regular family issues. Therapists should take into account the child’s very early history, such as neglect history, abuse, or trauma prior to the adoption. According to Smith (2015), “adoptees are over-represented nationally in the mental/behavioral health field. That means that the percentage of adoptees seeking mental/behavioral health services is much higher than the percentage of adoptees in the general population.” Therefore, therapists should be competent in adoption therapies. It means, according to Smith (2015), that therapists must complete accredited training in trauma-based adoption issues.

ADAPT focuses on loss, grief, and trauma that are the most relevant symptoms in the adoption. This therapy aims to help families to understand traumas related to the adoption, create bonds, and deal with others’ attitudes about adoption. In addition, this therapy helps help adoptive parents accept and understand the sadness and yearning that most adoptees feel for their birth families, even if the birth parents were highly abusive to the child. ADAPT is useful as well to treat problems related to foster care adoption. Many children are placing in those houses because of abuse or neglect, but some probably may not wish to be adopted. “ADAPT combines evidence-based child coping strategies and positive parenting approaches” such as cognitive behavioral therapy. ADAPT takes into account the child’s history and use resiliency-focused, trauma-competence, attachment-based treatment.

This therapy, also known as Individual Psychology (IP), is recommended for adopted children who struggle with symptoms related to Attaching in Adoption Reactive Attachment Disorder (RAD). This disorder arises from a failure to regular attachments to primary caregivers in early childhood. Those children can experience difficulties in receiving love and would react with violence. In addition, they can develop a fear and mistrust for others. As a result, they would have difficulties to share with their peers. The goal is to increase the sense of belonging because those children have experienced rejection and abandonment. In addition, adopted children might struggle with inferiority feelings and loss of the “social interest” that comes from the communication interruption by the biological mother’s rejection or abandon. The therapist helps adoptees to deal with their loss, increase the sense of attachment, and the sense belonging.
​
This Theoretical orientation could support adoptive parents, as well. Adoptive parents need reassurance that they are not alone in their struggles. Supporting adoptive parents includes encourage them to be honest and open with their children. Parents have to speak with their adopted children about the circumstances surrounding his or her birth and acknowledge to the child that he or she has suffered trauma. It is also important for parents to provide warmth and sympathy regarding the loss, although children were so young. One important goal working with adopted parents is to increase constructive communication and decrease defensive one. The therapist should help parents to solve adoption-related conflicts and enhance their auto esteem.